Combining P{UAS-Ras85D.V12} with a GAL4 driver will result in oncogenic transformation of cells from the expression of constitutively active Ras85D. These overproliferating cells can be used to establish cell lines in tissue culture as shown in the figure below. 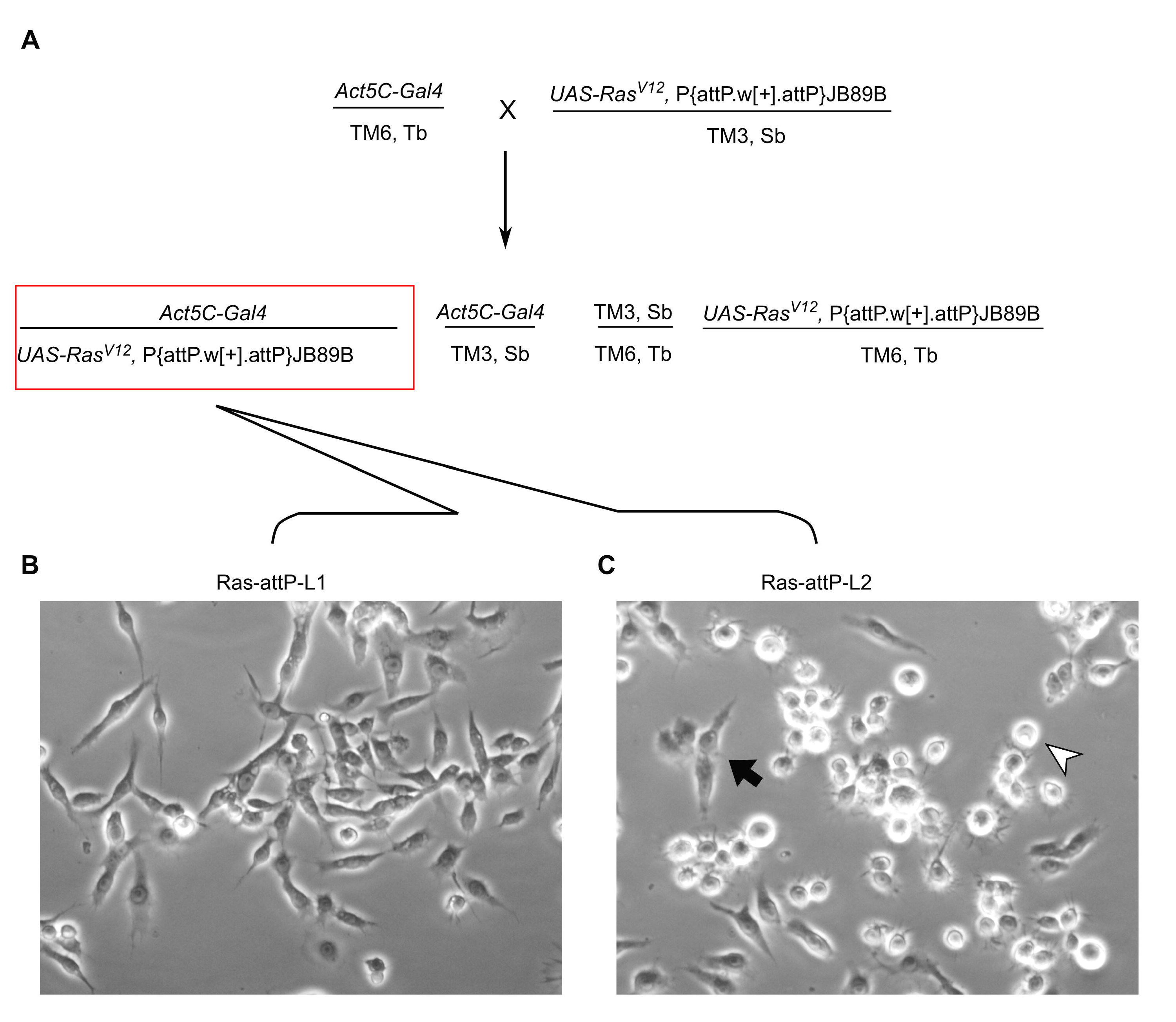 A transgene can be introduced into attP target sites in a progenitor fly line by RMCE so that it will be present once transformed cell lines are established.