As also shown below, this system can be extended to reflect three expression patterns by including a construct expressing a protein that competes for Zip- binding. This "Killer Zipper" protein, consisting of the GAL4 DNA-binding domain fused to the Zip+ protein-pairing domain, can be expressed directly under control of cell-specific regulatory sequences or indirectly under LexAop control. 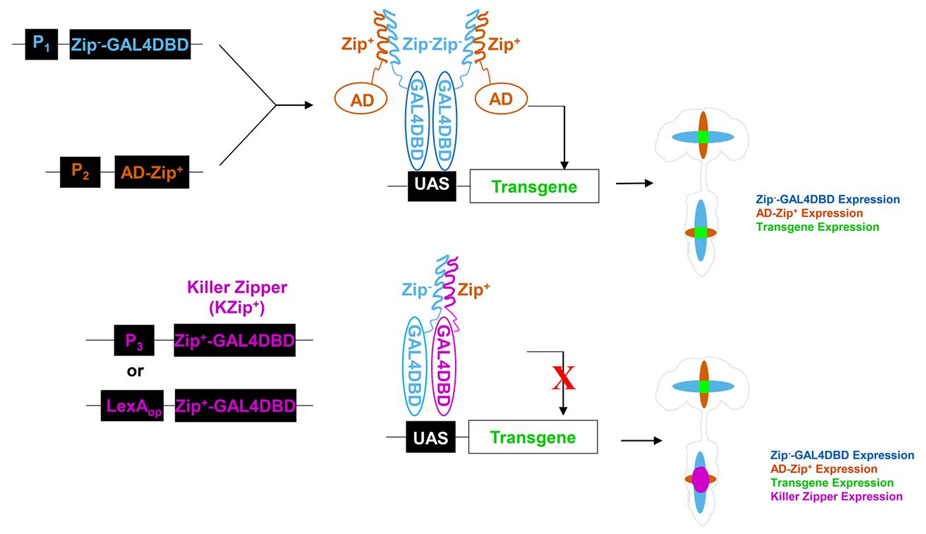 An example is shown below of Killer Zipper expression eliminating split-GAL4 activation of UAS-Venus expression in the nerve cord, but not the brain lobes. 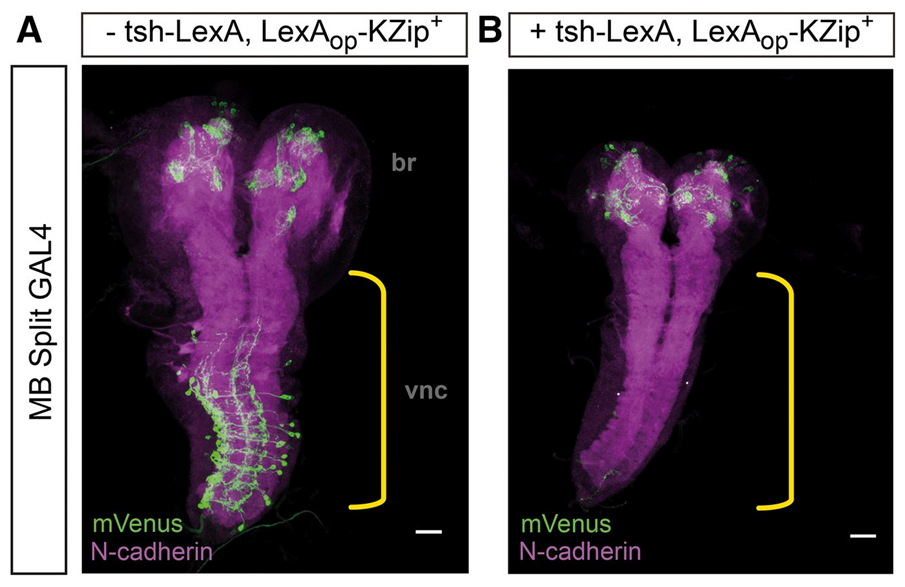